Most Expensive Celebrity Dresses of All Time

It’s not unusual for outrageously expensive celebrity outfits to hit the red carpet (or wedding aisle). Awards shows such as the Oscars are famous for extravagant fashion — with no place for off-the-rack style. However, despite many lofty price tags and over-the-top designs, not all remain memorable from year to year. Only with the benefit of time do some of those looks garner an unforgettable presence for their statement-making appeal — and their sky-high prices. Here’s a look at memorable gowns that also featured a number of zeros on the price tag. 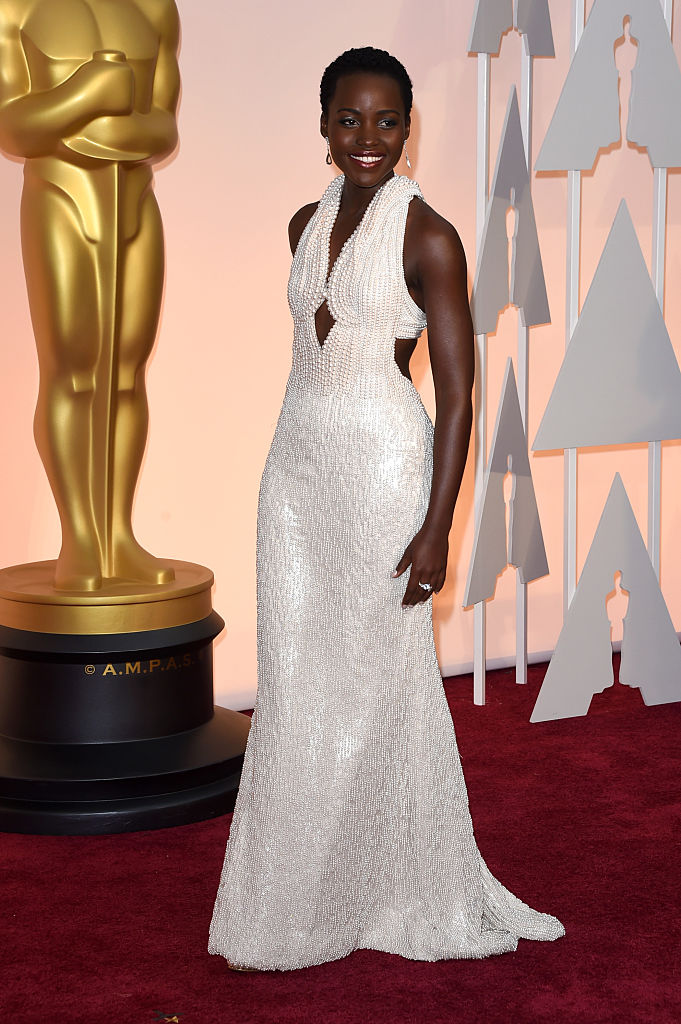 Forget diamonds. Pearls were actress Lupita Nyong’o’s best friend at the 2015 Oscars, where she donned a Calvin Klein gown studded in pearls — reportedly 6,000 of them. The dress was estimated to run around$150,000 and undoubtedly stole the spotlight on the red carpet, so much so that it was later stolen from Lupita’s hotel room. However, it was later returned. 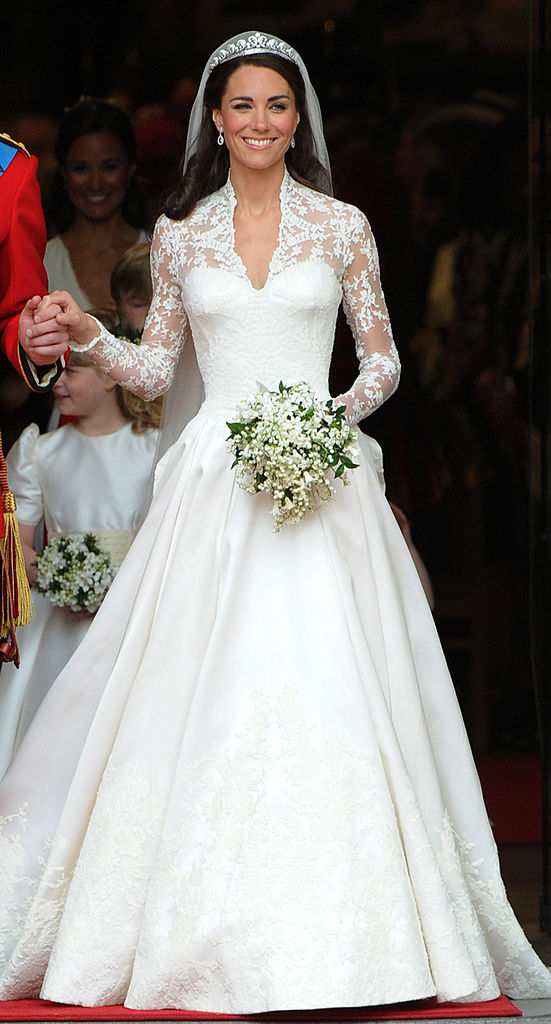 It is next to impossible to forget the beauty of Kate Middleton’s royal wedding gown. She walked the long Westminster Abbey aisle — its own red carpet of sorts — in 2011 to marry Prince William. Designer Sarah Burton of Alexander McQueen created the extravagant dress, which featured lace made by the Royal School of Needlework. The result was a jaw-dropping, classically sophisticated, yet modern design that cost $400,000. 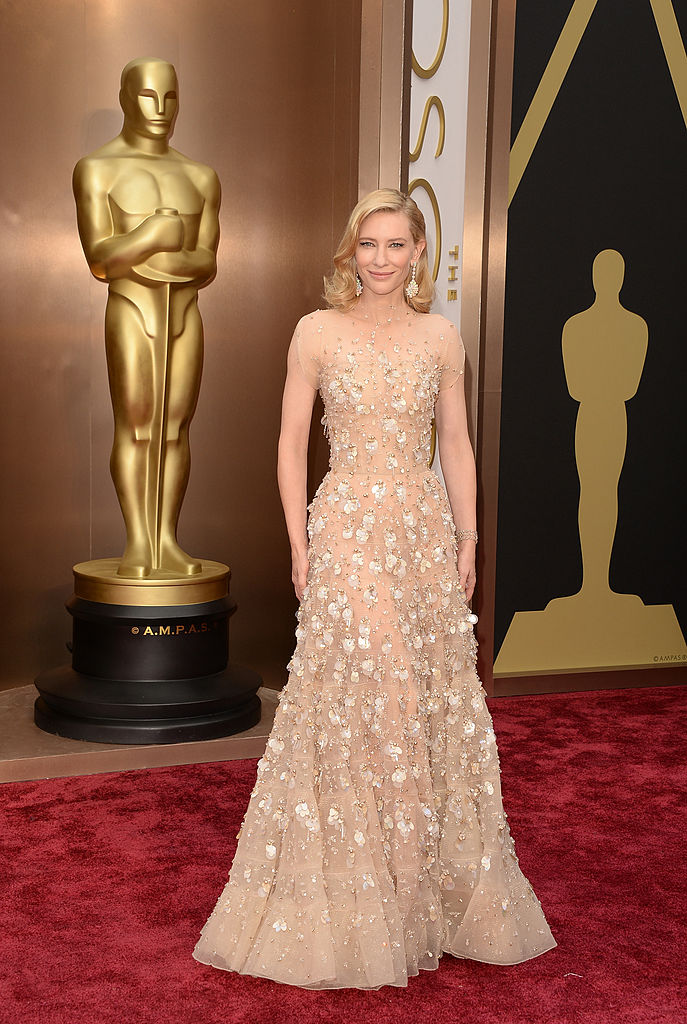 The jewels were what really took this look over the top. | Jason Merritt/Getty Images

Cate Blanchett is nothing short of British fashion royalty, as the striking actress has such a distinct sense of classic yet contemporary style. The 2014 Academy Awards were a big year for her, too. She won the Oscar for Best Actress in Blue Jasmine, which was no doubt a priceless moment. And, she was dressed for the occasion, too — with a look worth $18.1 million.
Granted, her Armani Privé dress was “only” about $100,000, and her jewelry accounts for the other $18 million. Blanchett wore Chopard jewels, including earrings composed of 62 opals and a combined 33 carats. Her nude gown was purely mesmerizing with its constellation of Swarovski crystals and dimensional floral embellishment. 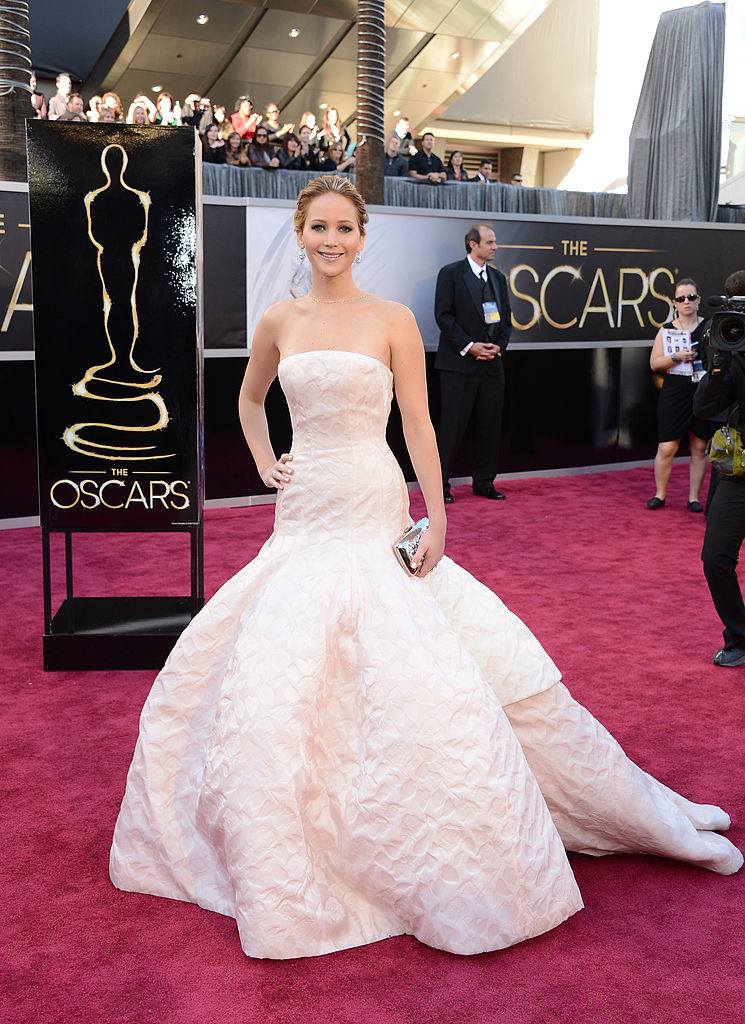 Lawrence tripping while ascending the stage only made this number more valuable. | Jason Merritt/Getty Images

At the 2013 Academy Awards, Jennifer Lawrence made history for accepting the Best Actress trophy — and tripping up the stage in her lavish Christian Dior winter-white ball gown. The dress itself was notable for the proportions of its tiered skirt, but its 15 minutes of fame made it unforgettable after this little tripping snafu increased its value to $4 million.

Speaking of celebrity wedding gowns, Amal Clooney’s Oscar de la Renta bridal confection was outstanding. In fact, it was quite fittingly regal for her 2014 marriage in Italy to Hollywood royalty, George Clooney. Custom-designed, the dress featured an off-the-shoulder silhouette and all-over embroidered lace, which provided a richly romantic look that fit the bill — reportedly a cool $380,000. 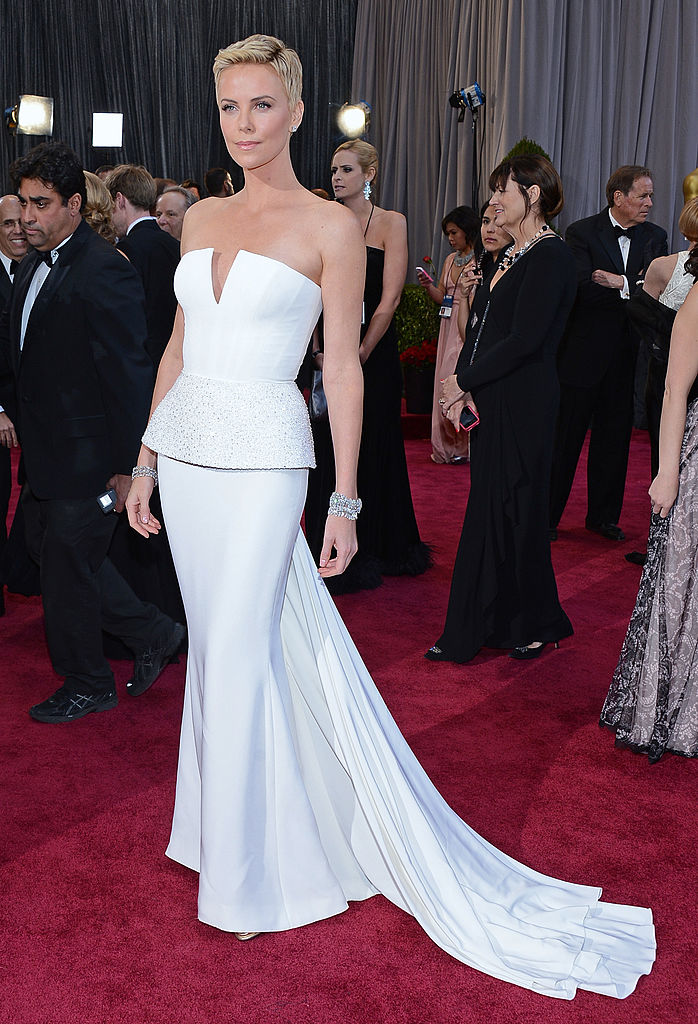 Charlize Theron showed off a stunning silhouette, and it was as pricey as it was pretty. | Michael Buckner/Getty Images

Like Lawrence, Charlize Theron wore a Christian Dior gown to the 2013 Oscars. And, while her gown was white, it was distinctly different enough to make a lasting impression. Don’t let the simple silhouette fool you — the dress was quite expensive. The $100,000 couture wonder was designed specifically for the South African actress and featured a peplum covered in glittering crystals along with a beautiful fishtail train. Plus, Harry Winston jewels elevated the price of the ensemble to $4 million.

Actress Jessica Biel was the very picture of shimmering enchantment in a $100,000 Chanel gown at the 2014 Oscars. The dress glided over her gorgeous figure, with button detailing down the back further enhancing the precious glamour of the confection. A collection of jewels from Tiffany and Co. only increased the value. 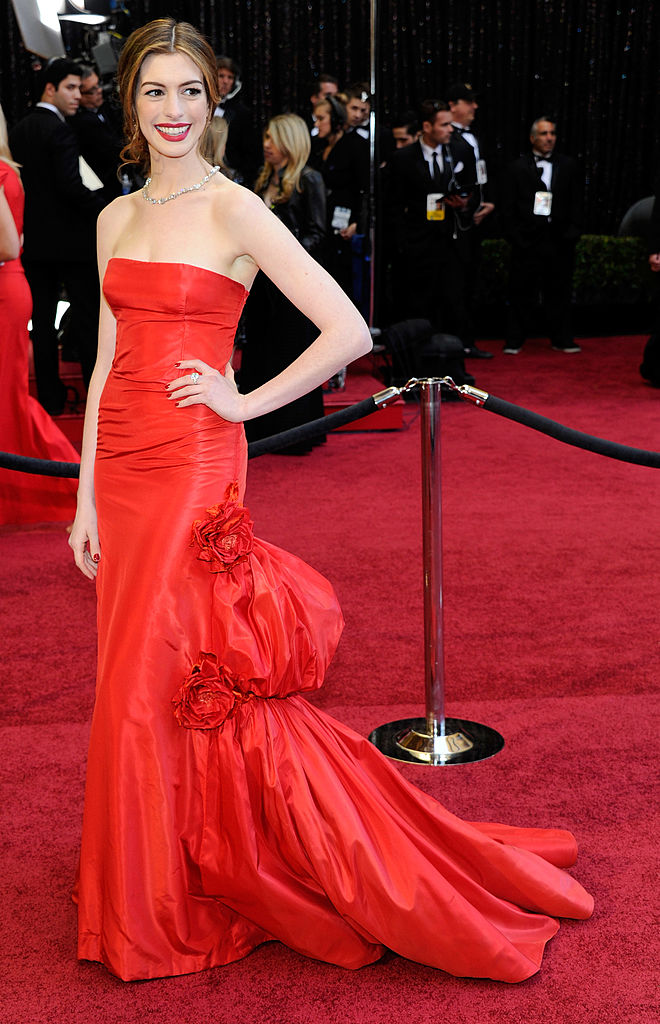 Valentino’s signature red hue was put to good use at the 2011 Academy Awards, as Anne Hathaway showed off a luxe crimson gown from the designer crafted in a silk faille. The dress with its extravagant bustle back was $80,000, with a sparkling Tiffany & Co. necklace taking it to a cool $10 million. The actress co-hosted the awards ceremony that year with James Franco and made about eight outfit changes. But we believe this red carpet look was the most memorable. 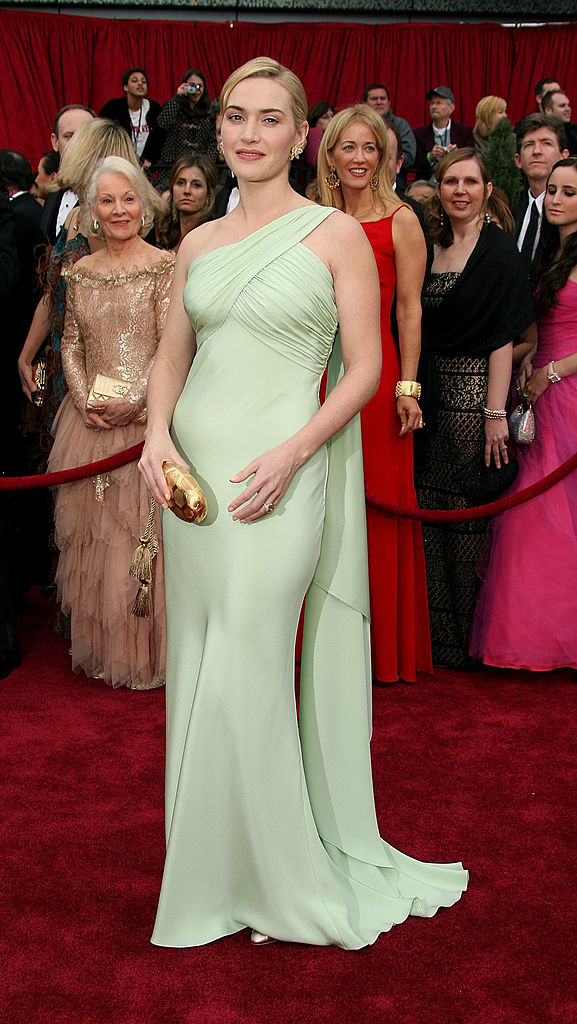 Kate Winslet’s Valentino look at the 2007 Academy Awards, also proved to be quite memorable — and even more so because of the story behind it. Though it was simple in silhouette and lacked the embellishment you might expect in a costly dress, the minty green stunner was worth around $100,000.
The color was incredible — and a departure from the traditional hues most frequently seen on the red carpet. Plus, it was also reportedly selected by Kate’s daughter, Mia, who was just six years old at the time, making it all the more special. 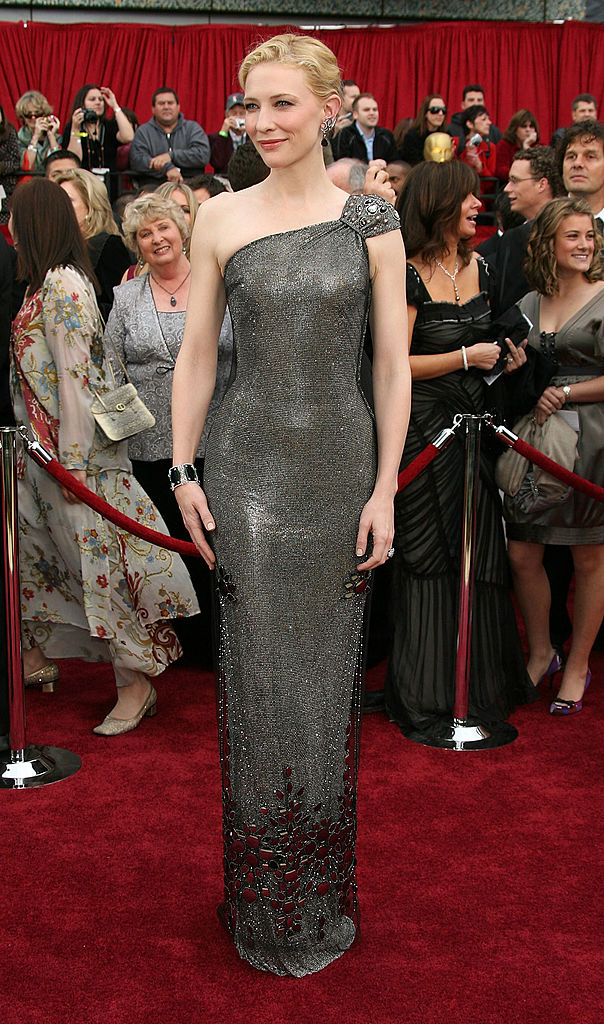 Cate Blanchett was a true stunner in this expensive dress. | Frazer Harrison/Getty Images

Cate Blanchett makes the list again with a look from the 2007 Academy Awards. Not only was she nominated as Best Actress for Elizabeth: The Golden Age and Best Supporting Actress for I’m Not There, but her $200,000 scintillating Swarovski crystal-encrusted dress by Giorgio Armani was a remarkable statuesque wonder — and fashion’s version of the most glamorous chain mail ever.
Tags:Celebrities Dresses, Celebrity Outfits, celebrity style, expensive dresses, Expensive Gown, expensive wedding gown, fashion advice, most expensive celebrity dresses, Wedding Gown, Women Fashion